Chirk Trout Farm has been around so long nobody knows when it was first established! 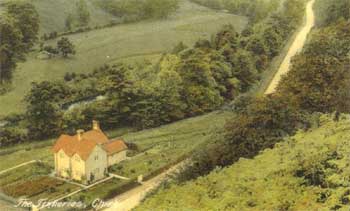 But we do know it is certainly one of the longest-established trout farms in Wales if the not the whole of the UK.

The earth-bottomed trout pools we use today appear on the oldest maps, and it’s possible the pools may have been built to feed the Chirk Castle estate.

It’s also not clear when the pools became a commercial farm, although we have  photographs and newspaper articles about the farm dating from the early 20th Century.

The Simpson family took over the trout farm in 2000 and started to build the business.

About the Ceiriog Valley 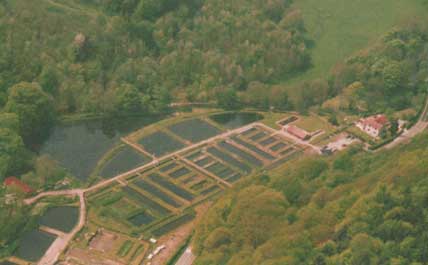 Chirk Trout Farm sits close to the head of the Ceiriog Valley.

The river itself rises in the Berwyn Mountains at 1,800 feet then swiftly descends for 18 miles to its confluence with the River Dee.

The fast-flowing river is home to trout and the valley – only 300 yards across at its widest point – has an amazing variety of unspoilt landscapes from mountain slopes and moorlands to rocky glens.

Even today it remains a secret place, sometimes called ‘little Switzerland’ and referred to by Lloyd George as ‘A little piece of heaven’.

*If ordering more than £100 of fresh trout, contact us to check about delivery cost.

Orders are despatched Monday to Thursday for delivery Tuesday to Friday.

If you want your order to arrive on a specific date, please say so in the comments box on the checkout page.

Please remember you must be able to sign for your goods as our courier will not leave perishables unattended.

Monday to Friday: 9am to 5pm